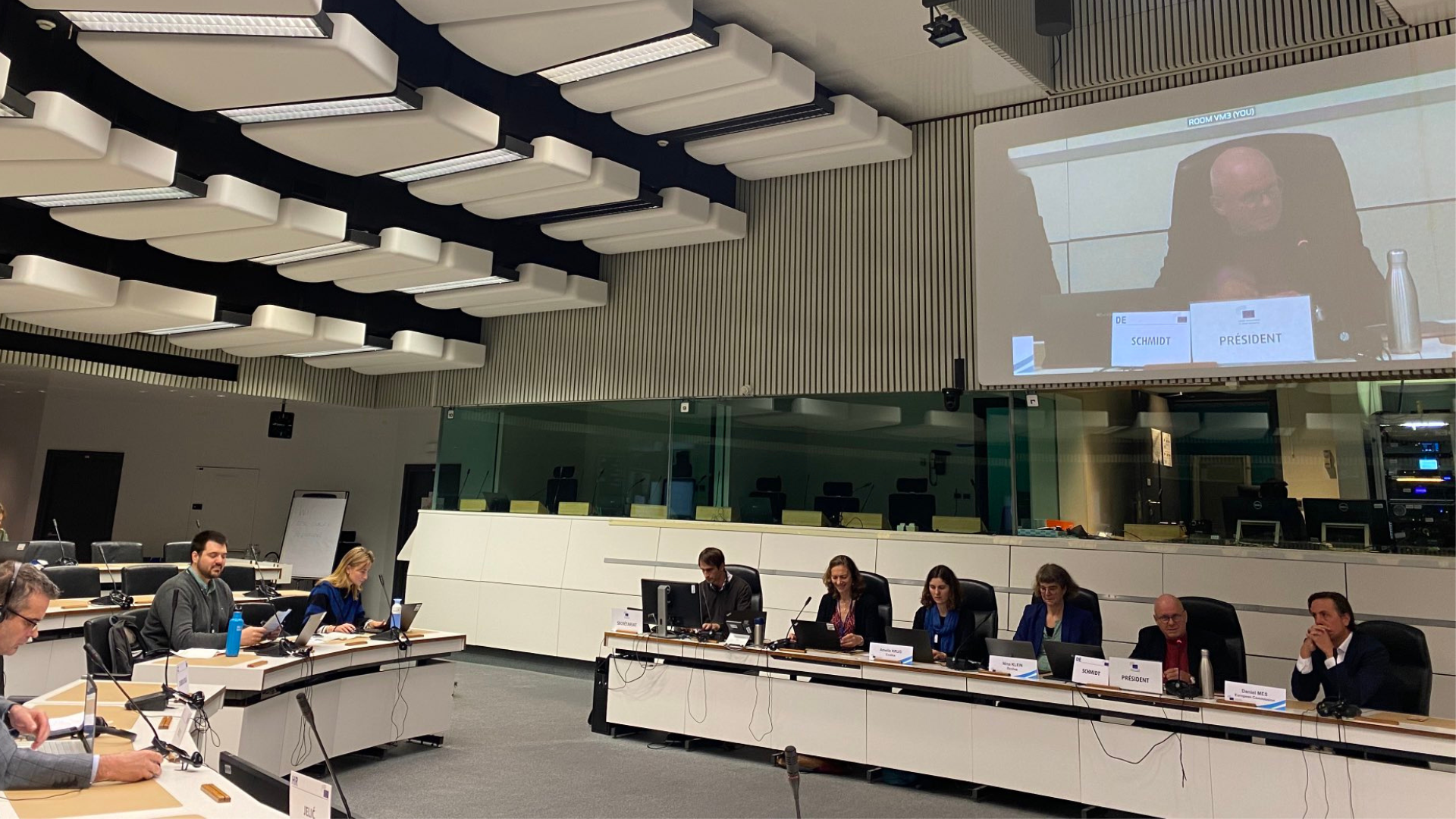 ECOLISE has been in conversation with members and partners during a consultation process around 10 theses towards transformative community-led local development. The aim? To trigger conversations – and to arrive at a shared policy position on transformative local development policies. Around 100 people from roughly 50 different organisations have participated in this consultation process so far.

A beta-version of the 10 Theses was presented at ECOLISE’s 2022 main policy stakeholder event on 28 November, hosted by the European Economic and Social Committee (EESC) in Brussels and supported by 16 partner organisations.

The event aimed to involve change-makers on policy levels in the conversation and to explore the political demands with a focus on the European Green Deal. The event generated a lot of interest, with over 130 participants (with a wide age range from 24 – 73 years old) including 66 organisations – policy makers, community-led initiatives, NGOs, local action groups etc. – from 42 countries present.

Peter Schmidt, President of Agriculture, Rural Development and the Environment at EESC, opened the event, commenting that when it comes to the European Green Deal, we must count on those at the local level, and that community-led initiatives play a crucial role. He said that we need to get from words to action, “Now is the time for implementation.”

Guest speaker Daniel Mes from the cabinet of Frans Timmermans, Vice-president of the European Commission and in charge of the European Green Deal also stressed the relevance of civil society, saying that without pressure from citizens there would be no Green Deal.

“Community-led action is so important because it’s one thing for politicians to ignore each other but it’s difficult to ignore entire communities that have votes and that say together we want to do this: We want to have a bioeconomy society, we want to have green cities, we want to have clean mobility, including public transport and cycling” – Daniel Mes.

Giorgia Silvestri from DRIFT stressed that transitions represent a fundamental change in culture, structure and practices; there is no one single solution:

“To tackle our world challenges that are so persistent and also so connected, we cannot do it only through innovation, but we also really need a much more systemic transformative approach” – Giorgia Silvestri

Nina Klein and Amelie Krug provided an overview of ECOLISE’s policy positioning process and why it is essential. Klein explained how communities represent “laboratories for transformative change” and that now is the time to connect the changemakers across all levels.

To understand the contributions and inspiration coming from the grassroots levels, we heard from four innovative community-led projects:

Laurence Graff from the European Commission/ Directorate General (DG) CLIMA (adviser on the Climate Pact) stressed the need to get everyone on board:

“We need more action. We need the right enabling environment to support ambition, to support fairness as well, because we need everybody on board and some will be more impacted than others” – Laurence Graff.

In response to the question on the budget to implement the EGD, Graff mentioned that funding will need to come from existing initiatives such as the Sustainable Development Fund, the Just Transition Fund, Social Climate Funds, as well as finance coming from recovery plans and the EU Missions.

EESC member Lidija Pavić-Rogošić, expressed that community-led innovations need financing that is innovative but also sustainable in the long-term, not only project-oriented. She said there is a need to “empower and re-empower citizens to be able to work on positive change”, so that they are trusted and feel that they have been heard, not just involved in conversations. Some initiatives mentioned by Pavić-Rogošić are the Circular Economy Stakeholder Platform and structured youth engagement on climate and sustainability.

For more information and to hear from all the speakers, take a look at the event recording, presentation slides, harvest notes and coverage on Twitter.