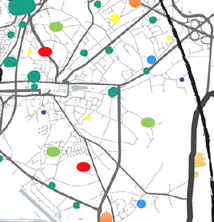 (28 June 2017) – A scientific paper that explores the changing roles of civil society in urban sustainability transitions has recently been published by a team of international researchers from the Netherlands, Spain, Germany, the UK, Italy, Canada and Sweden. The article, which is published on ScienceDirect, is based on research carried out as part of three EU-funded projects, the ARTS, GLAMURS and TRANSIT projects.

Based on extensive empirical research and literature review, the authors contend that:

They conclude with a series of implications for future research on the roles of civil society in urban sustainability transitions.