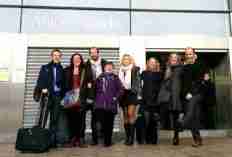 ECOLISE policy and advocacy work aims to change policy at European, national and regional level so that we have government policies that empower and encourage community‐led initiatives on climate change and sustainability.

ECOLISE also aims to promote awareness and understanding of EU policy development and implementation among ECOLISE members and to build our collective capacity to engage with policy makers.

ECOLISE works by gathering research-based knowledge and information about community-led initiatives on climate change and sustainability, and sharing it with policy makers.

We do this through the work of our Knowledge and Learning pillar, by developing relationships with people in key organisations, partners and institutions and by inputting on selected policy initiatives.

For example we have a close working relationship with the European Economic and Social Committee (EESC), one of the institutions in Brussels that is part of European Union policy making.

In 2017 ECOLISE became a member of Climate Action Network (CAN) Europe, Europe’s largest coalition working to promote sustainable climate and energy policy, in order to help us promote grassroots community-led action on climate change and sustainability.

The short answer is ECOLISE members! Since March 2017 we collaborate with our policy circle of volunteers from ECOLISE’s wide platform of movements, researchers, policy networks and other specialist organisations.

What we are working on

ECOLISE is contributing to the updating of a range of European strategic initiatives to ensure that the role and contribution of citizens and communities is recognised and facilitated in the EU policy response to climate change and sustainability.

Our policy work is also informed by the need to implement the UN Sustainable Development Goals (SDGs) and the Paris Agreement in just and equitable ways.

We are underlining the need for greater support for community-led action on climate change and sustainability within the European Structural and Investment (ESI) fund, which is worth tens of billions of euro each year.

Since 2015 we have been advocating for Community-Led Local Development (CLLD) to be a mandatory element of all ESI funded programmes in all Member States. CLLD is a tool for involving citizens at local level in developing responses to the social, environmental and economic challenges we face today.

How you can get involved 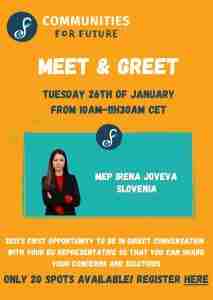 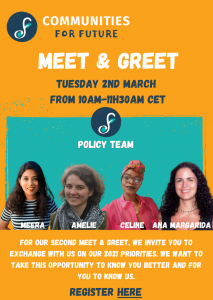 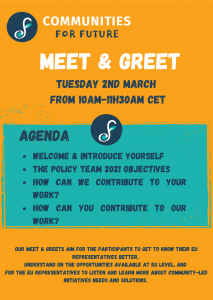 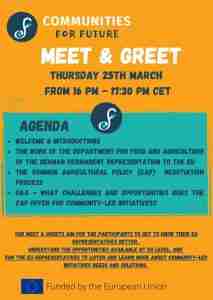 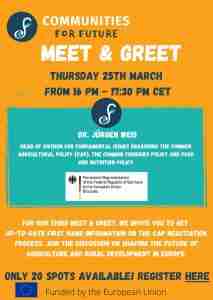 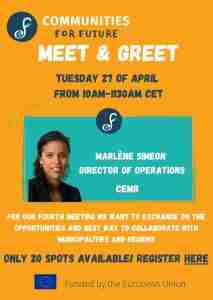 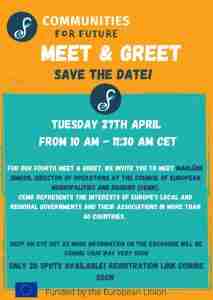 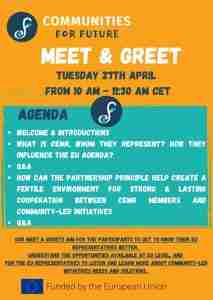 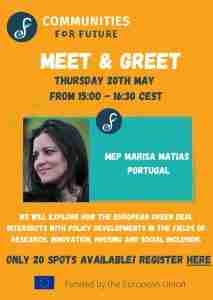 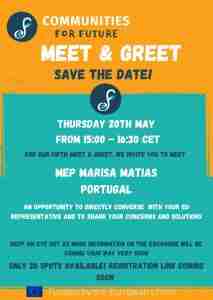 ECOLISE established and facilitates a Policy Circle (with 8 thematic areas that link to the CfF Status Report) launched in December 2020, involving members and partners. It organises capacity building activities and provides additional resources to deepen this activity. In 2021, the policy circle produced 6 Policy papers that were shared during the CfF Policy Week.

ECOLISE, working with partners, also contributed to discussions on the EU’s Long Term Climate Strategy, thematic priorities around the Green New Deal, the Climate Law, and in particular the Climate Pact where ECOLISE staff and members joined as Climate Pact Ambassadors.

Former Council member and policy intern, Amelie Krug, represented ECOLISE at the #30yearsLEADER Celebration & Conference, marking 30 years of the EU LEADER programme. An opportunity to promote our vision for societal engagement in the context of rural and regional development within the EU, Amelie spoke on the ‘Future Leaders’ panel.

ECOLISE also contributed to updating other strategic initiatives in the fields of the environment, cohesion policy, energy, transport and food. It provided input into discussions on EU programming, focusing in particular on the provisions for Community-Led Local Development (CLLD) and the new Smart Villages initiative.

ECOLISE launched a series of Meet & Greet events with policy makers in January 2021 with Policy Briefings and reports.

ECOLISE was active in events surrounding COP26 in Glasgow, including:

COP26: The power of localising climate action with partners of the Coalition on Multi-level and Multi-stakeholder Climate Governance (Comité21, Committee of the Regions, ECOLISE, EESC, ICLEI, OECD)

Beyond COP26: Identifying Transformative Pathways: discussion focusing on the outcomes of the Glasgow climate summit and what it means for local communities and projects modelling the transition to a sustainable and biodiverse future.