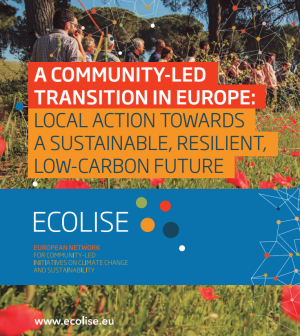 (20 September 2017) – From the Balkans to the Baltic Sea and along the western fringe of Europe, groups of pioneering people are celebrating the first European Day of Sustainable Communities. The diversity of events to mark the day – on the 23rd September 2017 – is impressive and includes the following:

There are ecovillage open days in Ireland, Italy, Slovenia, Spain and Sweden, a lecture on rural eco-tourism in Serbia and conversations about Transition in Spain. In Poland leaders of social change will gather to share their experience of techniques and methods for alternative education, in Wales there’s a 30th anniversary celebration of a wildlife conservation farm and in Northern Ireland there’s a gathering to inspire woodland social enterprises in a community-owned wood. In Germany there’s a bike tour and a food fermentation workshop, in Luxembourg the launch of a community garden and throughout France and Belgium there are some 1500 events as part of La Fête des Possibles. In the Netherlands people are exploring simple actions for social and ecological well-being, in Portugal there’s a gathering in the permaculture garden at Lisbon university and in Croatia there’s an international co-creative gathering for transformational learning.

At a conference co-hosted with the EESC in Brussels on Friday 22nd (webstreamed here) ECOLISE representatives will showcase for policy makers and other stakeholders the huge diversity of ways that local communities, such as those celebrating the European Day, are taking action on critical global challenges, driven by the desire of ordinary people, throughout Europe and the world, to be part of the solution rather than the problem. A booklet – ‘A community-led transition in Europe: Local action towards a sustainable, resilient, low-carbon future‘ – which gives a snapshot of these community-led initiatives, will be officially launched at the conference.