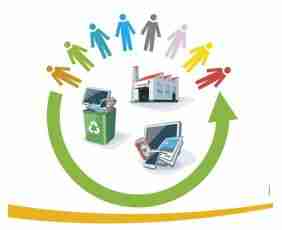 (10 March 2017) – Katalin Kolosy (AEIDL) attended the seminar, ‘New economy models and social innovation: an opportunity for a better Europe’, organised by the European Economic and Social Committee and the Global Hub for the Common Good on 16 February in Brussels.

The event brought together a panel of stakeholders representing emerging models of the ‘new economies of social innovation’ in order to examine the theoretical background behind the practice.

Around 150 participants, including representatives of Ouishare, Fairphone, Blablacar, and many other practitioners belonging to the functional economy, sharing economy, collaborative economy, circular economy, etc., exchanged with their peers and discussed their strategic choices and approaches under the critical eye of academia and members of the EU institutions.

The new protagonist in these emerging models is the citizen, as a “maker” and a producer. For some, this shift from managerial capitalism to crowd-based capitalism is just an opportunity for a more efficient capitalism. For others, the aim is to move our productive efforts from what is technically feasible to what is socially desirable.