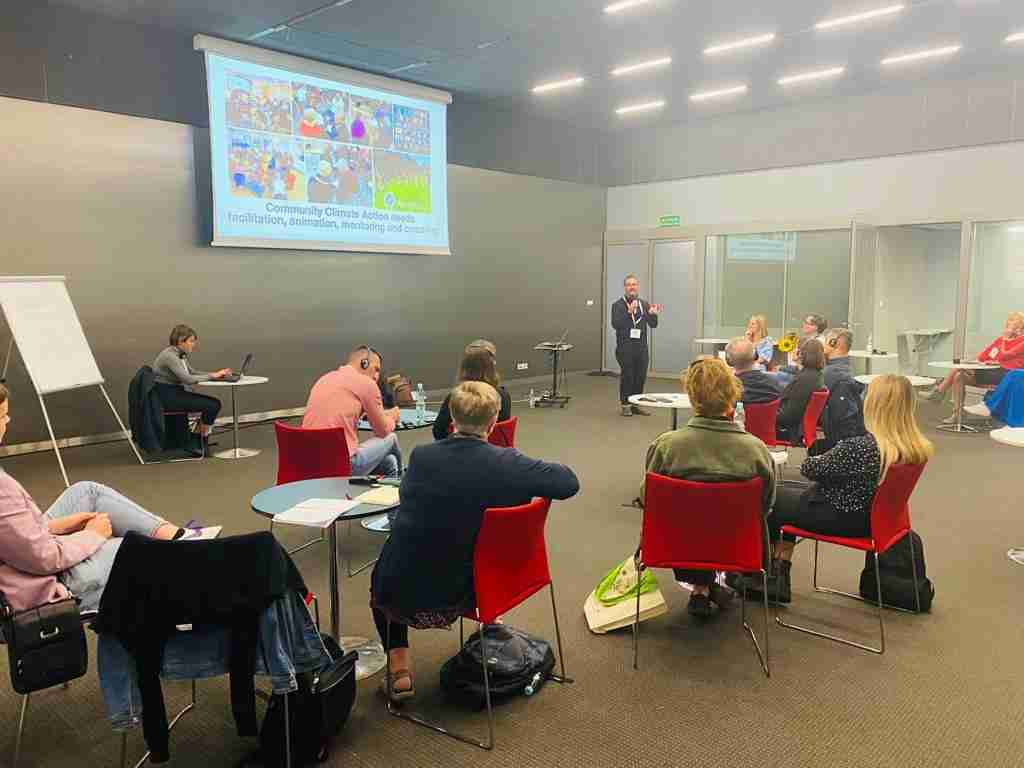 ECOLISE took part in the European Rural Parliament (ERP) in Kielce, Poland, from 12 – 15 September, hosting a Climate Conversation Café in cooperation with Forum Synergies on “The European Green Deal: What’s in it for community-led initiatives”, as well as organising two workshops.

350 people from around 40 countries were part of the four day conference – most of them associations, local action groups, government and policy stakeholders from all levels, but also a considerable share of young people. The ERP was organised by ELARD – an association for rural development, representing local action groups (LAGs) in Europe – Prepare and ERCA in cooperation with the Polish hosts (= local LAGs). This was the first time ECOLISE’s policy team was officially part of the programme at the ERP, with Davie Philip of Cultivate (Ireland), Amelie Krug, Policy Officer, and Nina Klein, Policy Lead present. ECOLISE was also invited to speak at the plenary on the last day of the conference, and you can watch the recording here. ECOLISE called for a political appreciation of  stewards of the land in rural areas, safeguarding natural wealth and biodiversity, as well as for a stronger political recognition of community-led action in a systemic answer to the planetary crisis. 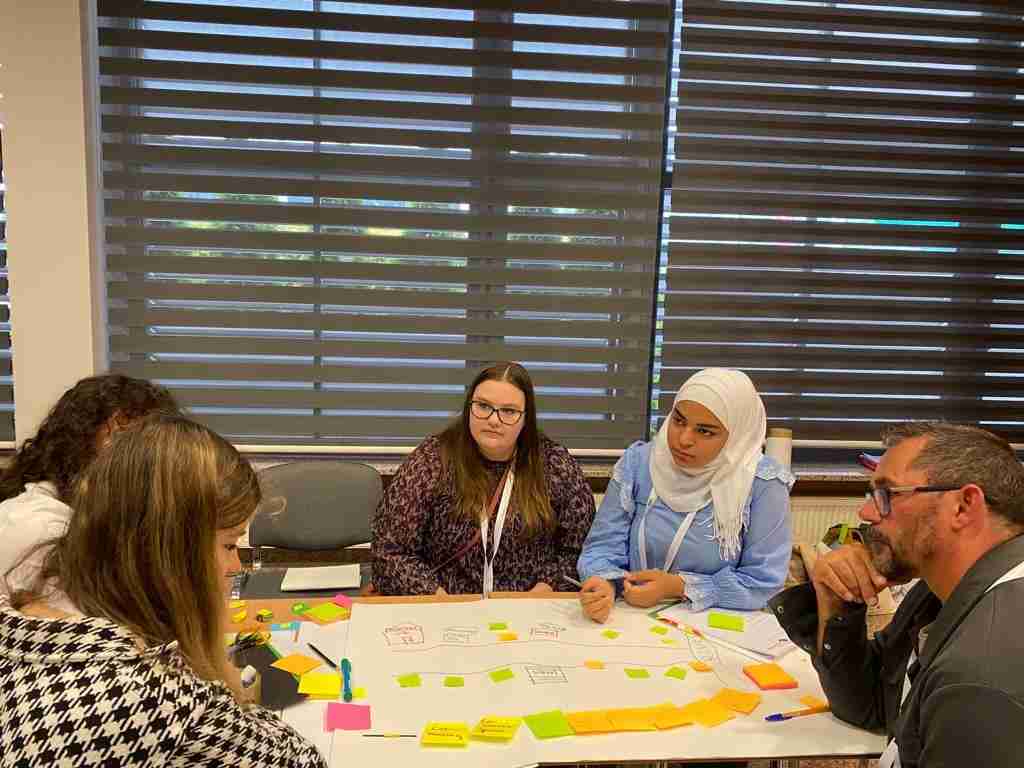 One of the main goals of ECOLISE’s participation was to trigger conversations about ECOLISE’s policy positioning process of community-led initiatives & the European Green Deal, putting up for debate a few of our 10 theses towards transformational local development policies. Another goal was to present the Community Climate Coaches (CCC) project, which aims to build capacity within communities for climate action. There was great interest and openness amongst participants, with many pioneering ideas and good practices surfacing.

The ERP is an informal gathering, and it does not have any official democratic representative function, but it has an influence on EU policymaking, such as the EU’s Long term vision for rural areas / Rural Pact, as the presence of high-ranking EU officials such as the EU commissioner for Agriculture, Janusz Wojciechowski, showed. Rural development policies were at the heart of the ERP’s debate, and there were strong calls for decoupling rural development policies from the overpowering influence of the EU’s common agricultural policy (CAP), which constitutes over 30% of the EU’s budget. There are strong signs that also the “new edition” 2023 will not yet in line with the objectives of the European Green Deal.The “Kielce Declaration” was meant to sum up the voice of the ERP participants, and called for an end to “unlimited growth” and singled out the planetary crisis as the most urgent and important challenge – yet without offering concrete steps and solutions (such as how to localise the European Green Deal with the help of LEADER/ Community-led local development).

Happening every two years, organised by a host organisation in different countries, the ERP is an expression of the fact that democracy relies a lot – some would say: too much – on voluntary work. A proper representation of rural voices would merit – and need – even more efforts and resources, which is only feasible with a proper remuneration of care work. 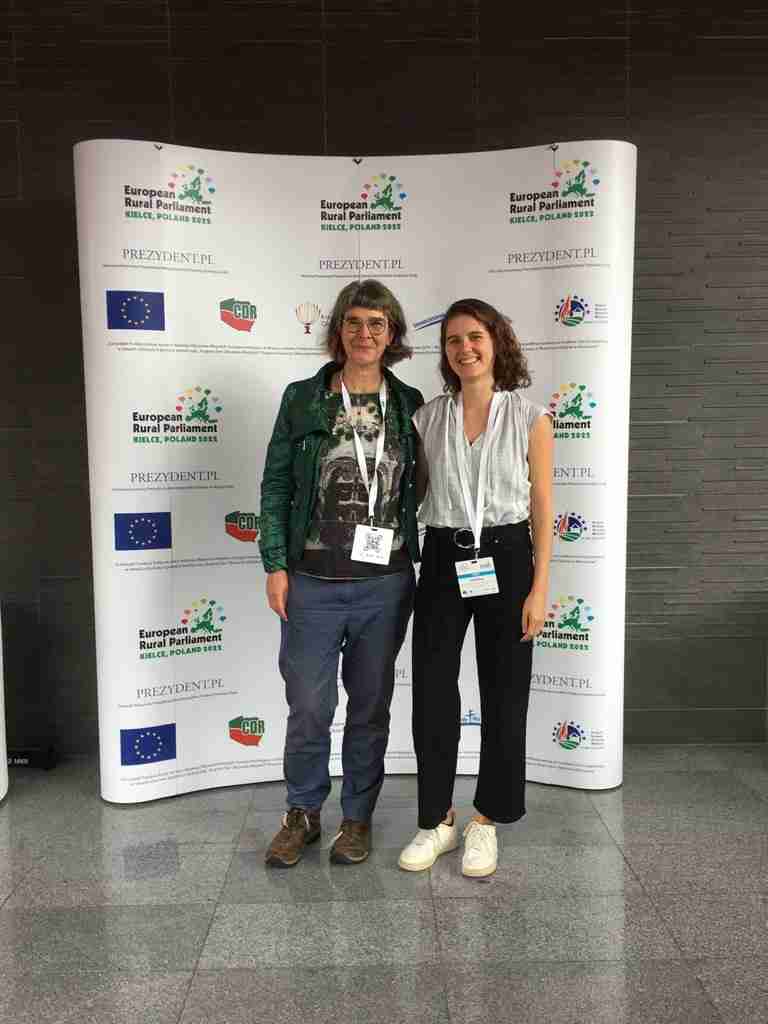