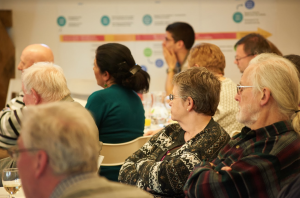 (8 Nov 2017) – The European Union’s main way of financially supporting bottom-up local development needs to be altered so to make it more accessible to grassroots initiatives, ECOLISE has told the European Commission and the European Economic and Social Committee.

Community Led Local Development (CLLD) is the EU’s main financial instrument to support bottom-up local development. It is ideally placed to support community-led action on climate change and sustainability, with the potential to provide grants and supports that are tailored to local circumstances.

However, certain barriers need to be overcome and changes introduced to make CLLD more accessible to grassroots initiatives.

Barriers to overcome
Some of the barriers identified by members of the ECOLISE network include: