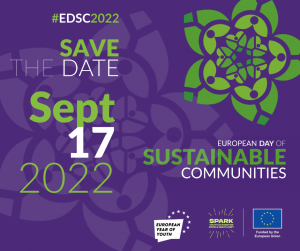 This year, coinciding with the European Year of Youth, the 6th European Day of Sustainable Communities, #EDSC2022, provides a platform to celebrate and support the young leaders and citizens that are shaping our present and future communities across Europe.

To join the European Day of Sustainable Communities, we invite you to organise and register an event, big or small, in person or online, to showcase action for climate and sustainability at the local community level, with a particular focus on young people and youth-led initiatives.

We invite events taking place throughout the month of September, with the main celebration on Saturday 17 September 2022. 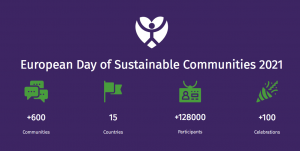 The European Day of Sustainable Communities is one of ECOLISE’s flagship events. It is a celebration of local communities taking action for a healthier, fairer, regenerative Europe. It takes place on the third Saturday of September each year.

In 2022 the EDSC will be held on 17th September. We will welcome events organised between 10th and the 24th September. To find out how you can participate subscribe to our newsletter or follow on Facebook or Twitter 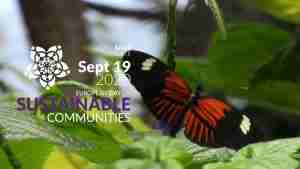