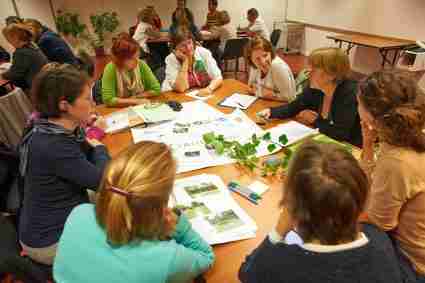 (28 February 2018) – The European Economic and Social Committee (EESC) continued its support for grassroots climate action by recently calling for a European dialogue to strengthen and increase the scope and scale of European-based climate initiatives led by citizens, innovative businesses and various civil society stakeholders, collectively referred to as non-state actors.

“The proposed European Dialogue should provide an overview of climate actions within the EU and help track the progress of climate actions at a global level. It should collect feedback on an ongoing basis and address regulatory challenges with public authorities, in order to progressively build an enabling governance environment for bottom-up climate action,” agreed the EESC.

The EESC committed to play a leading role in initiating the dialogue, and called on the European Commission in particular to join in creating “an enabling environment for non-state climate action”.

The organisation of the dialogue should be light-touch, prioritising the strategic linking of existing programmes, initiatives and institutions, rather than setting up new institutions.

The EESC agreed that the first step for the European Dialogue for non-state climate action should be an event in the first half of 2018, gathering all interested networks of actors as well as representatives of other EU Institutions and the Member States, organised in the spirit of the Talanoa dialogue and serving to establish a clear Action Plan for the Dialogue.

The EESC last year co-hosted with ECOLISE a conference in Brussels to mark the first European Day of Sustainable Communities which drew attention to the multiplicity of local community initiatives for climate change. “These actors still encounter formidable obstacles that make it difficult for them to initiate and implement their climate actions successfully,” stated the EESC this month.