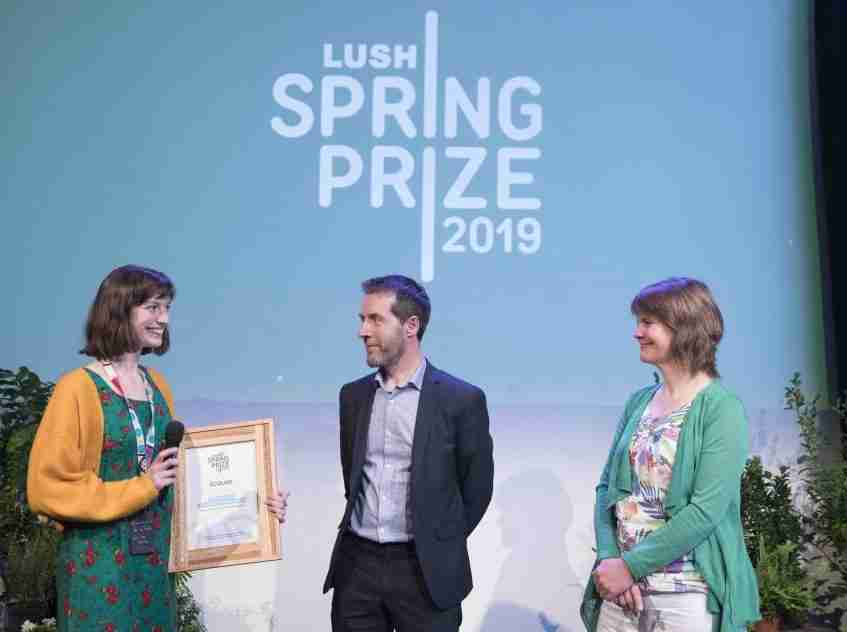 ECOLISE has won the prestigious 2019 Influence #LushSpringPrize which aims to support those who are helping to build and strengthen the regenerative movement. Eamon O’Hara, Executive Director, and Iva Pocock, Communications Coordinator, collected the award at an event in London, attended by winners and changemakers from all over the world.

The winning projects were chosen for their dedication to regenerating the planet and social systems. This is the belief at the very heart of the prize – sustainability is not enough, and we must regenerate.

The Influence prize is for projects that are “real game changers, and are building and strengthening the global regenerative movement”.

The award recognises ECOLISE’s role in facilitating closer collaboration between community-led initiatives for action on #ClimateChange and sustainability across #Europe,  through initiatives such as the European Day of Sustainable Communities (#EDSC19).

The prize money is being used to support ECOLISE members’ work in promoting the EDSC19 at national level.