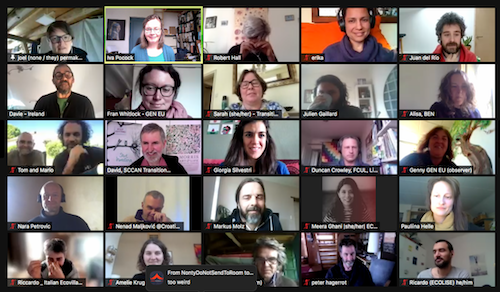 Over 70 people from across the ECOLISE network gathered online in mid April 2021 for the organisation’s annual General Assembly. After an opening session which included a whistle stop tour of members’ activities, the meeting brought to light significant challenges and conflict within the organisation.

The following documents were formally approved: the 2020 Activity report; ECOLISE Transforming 2021: Caterpillar to Butterfly Report (an interim report of an organisational review process initiated in June 2020); the Annual financial statement of accounts 2020 and the Internal Auditor’s report. Approval of the 2021 workplan and budget were postponed to a Special General Assembly.

The new Council was mandated to move towards a resourced and time bound participatory evaluation process that engages all stakeholders, including but not limited to ECOLISE members, “staff” and partners, possibly including funders. The proposed time frame was three months. The Council was mandated to bring proposals back to a Special General Assembly to be held later in the summer.

There was live interpretation in English and French throughout the GA.
Since the General Assembly the Policy Coordinator Meera Ghani has resigned.
On 27th April 2021 the following letter to members was issued by the intermin Co-Presidents and Eamon O’Hara, ECOLISE Director. 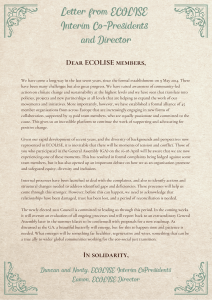