ECOLISE contributes to postgrowth discussions and conference in EU parliament 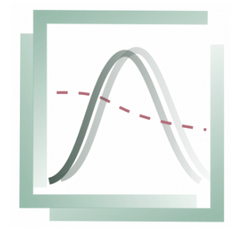 (10 September 2018) – ECOLISE team members Meera Ghani and Tom Henfrey will attend the upcoming Postgrowth Conference at the EU parliament on September 17th-18th, which will discuss alternatives to growth as the basis for economic policy. The conference was initiated by a group of academic researchers associated with the Degrowth movement and will be led by a cross-party group of supportive MEPs.

Tom will also attend a pre-conference preparation day at the Université Libre de Bruxelles. He has prepared a position paper for the day which addresses practical contributions to degrowth and post-growth agendas of community-led initiatives for sustainability and climate change, and their relationships to research. Specifically, the position paper addresses the prospects of constructive relationships that can both advance transformations to post-growth, and in particular the contributions of community-based action to achieving these, and prefigure post-growth forms of scholarship.

In the paper Tom notes as a starting position that many seeds of a post-growth, post-capitalist society already exist in the form of community-led initiatives that seek to replace market-based and profit-led mechanisms for addressing society’s needs with various forms of commons-based collaboration. He suggests as a key policy priority the creation and support of transitional structures for the systematic transfer of resources and capacity from the inherently unsustainable structures on which we currently rely to these commoning intiatives in order to support their establishment as the predominant form of social and economic organisation.

As an example of this approach in practice, he outlines the transdisciplinary approach being taken by the ECOLISE Knowledge and Learning pillar, which recognises and seeks to activatae the potential contributions of academic research to practical action, the validity and importance of practitioner knowledge and the prospect of constructive synergies arising from combining the two. He describes ECOLISE’s work in developing a knowledge commons for community-led action on sustainability and climate change, which will become a collectively managed, open source facility for those within or connected with the post-growth, degrowth and related communities. This work acts upon the insight that we do not simply need policy change to support and more effectively leverage community-led initiatives, we also need change in the ways knowledge is created and mobilised for policy change.

The position paper is available here.