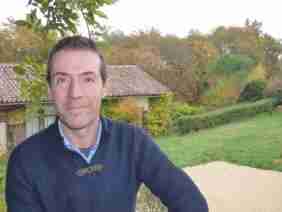 (07 December 2016) – Eamon O’Hara, the initiator of the ECOLISE network, made the front page of La Vie Quercynoise last week.

“I started from the observation that there are many initiatives on this subject (community-led climate action), but without great visibility”, explains Eamon to the journalist of this weekly newspaper, published in the Lot region, southwestern France.

Eamon initially investigated the context leading to the emergence of these local initiatives and in 2013 he published an AEIDL-funded study on the subject.

This led to the establishment of the ECOLISE network, which now has 36 member organisations across Europe and brings together movements such as Transition, Ecovillages and permaculture, as well as research, training and communications organisations.

“ECOLISE is open to all organisations engaged in promoting and supporting local citizen and community-led action on climate change and sustainability”, Eamon said.