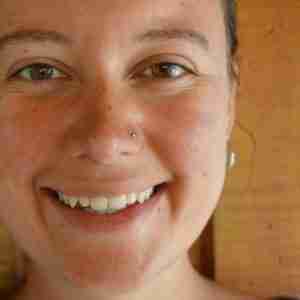 Fran is communications manager for GEN-Europe. Prior to taking up this position she worked in London as a campaigns and communications officer and consultant to various climate change and environmental NGOs including the UK Climate Coalition and Global Witness. She is increasingly involved in GEN Europe’s advocacy work and led its presence at COP24. Since 2015 she has lived and worked communally – from an urban co-housing in London, to the deserts of Almería, via an agricultural community in New Zealand – and now is a happy resident of Arterra Bizimodu, where GEN Europe has its offices. When she’s not working, she can usually be found somewhere up the nearest mountain. Davie has been an advocate for sustainable communities in Ireland since 1996. In 1998, he was a founding member of FEASTA, the Foundation for the Economics of Sustainability, and in 1999 a co-founder of Cloughjordan ecovillage, Co. Tipperary. His main work now is with Cultivate Living and Learning, the coop that he co-founded in 2000, designing and delivering events and courses and facilitating groups working on collaborative approaches to help their localities flourish. In 2005, he was one of the original catalysts of the Transition Towns process, and has created and delivered many learning programmes on community resilience. From 2009 to 2011, Davie sat on the board of the Sustainable Energy Authority of Ireland. From 2014 to 2016 he developed and piloted an education project for teenagers called Schools for Resilience (SfR) with five European partners. Since 2017 Davie also works on engagement and communications for GROW, a 3-year European citizen’s observatory project on soil. 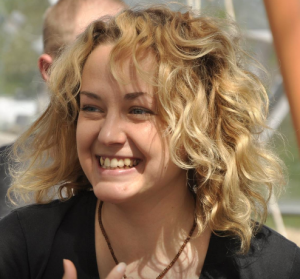 Alisa is a passionate catalyst for community-building, transformative learning and cross-border cooperation. Her operational base is Suderbyn Permaculture Ecovillage – a small but strong multicultural community of activists on the island of Gotland in the Baltic sea. However, her work stretches around Europe and outside. Alisa grew up in Kazakhstan, studied and worked in Russia and finished her Masters degree in Sustainable Development in Sweden, where she stayed and dedicated herself to working with international grass-root initiatives and networks of local action. She is a driving force and council member of NGO Relearn focused on pro-change education, the chairperson of Baltic Ecovillage Network (BEN) and the council member of Suderbyn People-care Cooperative. She works with initiatives supported by, among others, Swedish Institute, Baltic Sea Conservation Foundation, European Commission, Erasmus+ and LEADER. Her focus is environmental and social justice, freedom of speech, communities and change that is decentralised yet united by networks.

Alexandru Tudose has been a member of the Permaculture Research Institute Romania since 2017, where he works as Manager for Implementation and Maintenance within the Grădinescu Urban Garden Network. He represented the Institute at the Bio&Co organic farm where he was responsible for coordinating farm operations, assessments and weekly visits. In 2018, under the guidance of the Institute, he founded Yellow Electric Sun, a company that provides design, implementation and maintenance services for gardens and natural, aesthetic, functional, resilient and self-sufficient spaces.

As a student of cultural anthropology and social sciences at the Humboldt University in Berlin, Amelie is passionate about answering the question of how to transform the food system. She is intimately involved with the GEN Germany project “Living in sustainable villages” in which five German ecovillages are inspiring sustainable transitions in their regions, by supporting the development of sustainability plans and action in collaborative partnerships with local villages. She brings a wealth of knowledge of the food sovereignty movement that unites within Nyéléni, including actors such as the food policy councils and community supported agriculture initiatives, to ECOLISE. She is an ambitious activist and contributes to various social movements that are striving for ecological and social justice. 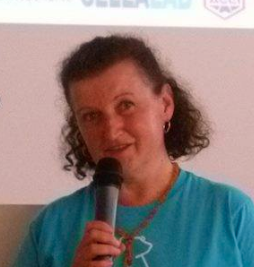 Ellen defines herself as a passionate quester and seeker of paradigm shift towards a whole and connected human culture in symbiosis with Planet Earth. Born and based in northern Italy but living on the cusp of different cultures and languages (Ellen is fluent in Italian, German, English, French and Spanish), she loves to navigate beyond horizons and boundaries with boldness and curiosity. After a degree in geology and 15-years experience in sustainability and corporate social responsibility in tourism, in 2005 she discovered permaculture. Through it she became engaged in the Transition movement and, in 2007, co-founded Transition Italia and catalysed and facilitated several local transition initiatives. Within the Transition movement she’s involved internationally in the Hubs group and served on the Transition Network board for 5 years until January 2019. Genny is managing director at Global Ecovillage Network Europe. With a professional background in international relations and humanitarian assistance, Genny is experienced in managing international philanthropic NGOs and has been professionally active in raising awareness of environmental and social issues for many years. An experienced facilitator and educator, she has organised and runs a number of courses and workshops related to facilitation, sociocracy, deep democracy, societal change and environment. She is currently involved in several European educational projects for social and environmental sustainability, including Bridgedale360 on youth and sustainability, and Sociocracy3.0 on governance and decision-making. 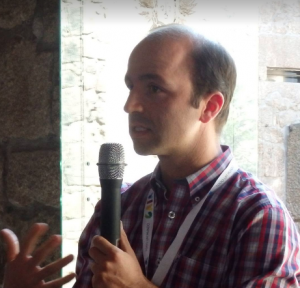 Gil is an action-researcher and lecturer, dedicated to better understanding how can we re-design regenerative communities that build local resilience and global sustainability. He coordinates research on the topics of Climate Change Mitigation and Adaptation, Sustainability, and Community-Led Initiatives and is anchored in participatory action-research methods with an integral, holistic and systemic perspective. He is a senior research coordinator and PhD program lecturer at the Faculty of Sciences at the University of Lisbon. Gil co-authored The First Status Report on Community-led Action on Sustainability and Climate Change in Europe, published by ECOLISE in May 2019. Nara is a writer of six books and hundreds of articles, a lecturer, translator and an internationally active facilitator of group processes, practicing luxurious simplicity and barefooting everywhere he goes. He was one of the key initiators and coordinators of the one-day-cleanup of Slovenia, which mobilised 13.5 percent of the population in cleaning up illegally dumped waste in 2010 and 2012. He trained national teams and supported the global coordination of the Let’s do it! World Cleanup 2018 campaign, which united 17.8 million people in 157 countries. Nara is the president of Sunny Hill Association, which cooperates closely with permaculture and ecovillage networks. 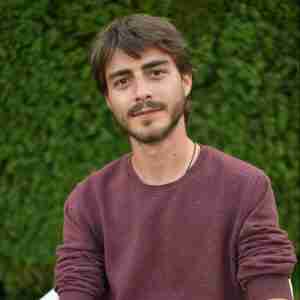 Riccardo has worked and lived in intentional communities for a large part of his young life, focusing on themes such as Food Sovereignty and Youth Empowerment. Advocacy and Network Weaving have been his main interests in recent years, being an often active but informal member of highly diverse movements. He has been involved with RIVE on behalf of Comunità di Etica Vivente and is a member of the Council of GEN Europe. As a facilitator and team leader he co-facilitated an Ecovillage Design Education Course in Auroville (India) and hosted and helped to coordinate a PDC course, beside founding and running an Urban Agriculture pilot project. He holds a BA degree in ‘International Development, with Social Anthropology and Politics’, and a MA in ‘Agriculture and Rural development’, both from the University of East Anglia. He recently completed a CLIPS facilitation training and an Applied Sociocracy course. Robert Hall GEN-EU (Sweden) – from 4th May 2020 he has joined the ECOLISE team, as Deputy Director

Originally from California (USA), Robert immigrated to Sweden in the 1980s during his studies in international relations and economics. He later went on to complete an Intl MSc in environmental engineering and sustainable infrastructure. Since the 1980s Robert has worked for the Swedish government, UN, EC and OSCE in a number of countries mainly in international development cooperation, internationalisation of education and strengthening democratic institutions. He is also currently an elected member of the regional ‘parliament’ on Gotland. Robert has been active in the ecovillage movement since 2008 when Suderbyn Permaculture Ecovillage, which he co-founded, joined Global Ecovillage Network (GEN) Europe. He has served two terms on its Council and in 2015 was elected president of GEN-Europe. From 2014-2015 he served as GEN-Europe managing director and since 2015 has served on the GEN international board. Robert was involved in the foundation of ECOLISE from 2013-15 and served as president from 2017-2019.